The 20 Biggest Football Sponsorship Deals Ever

Posted on November 15, 2022 by Meg Fenner-Jamieson

Football is a massive platform for companies to advertise their products and services. With billions of fans worldwide, football is one of the biggest moneymakers, with FIFA making $766 million in 2021 alone!

A considerable percentage of football’s money is made through marketing and sponsorships. These sponsorships can range from kit sponsorships to event sponsorships. Huge brands such as Nike have had sponsorships worth over £900 million with Premier League football teams. In this article, we will be talking about some of the best and biggest football sponsorship deals.

When it comes to sponsoring a football team, there are different ways to go about it. For one, there is kit sponsorship. This is one of the most common examples of equipment sponsorship. Before we get into our list, let’s take a quick look at some of these.

Kit sponsorship is probably the most common sponsorship you will see on the pitch. Kit sponsorship may also be known as shirt sponsorship, as you will most likely see the sponsors on their shirts. Similarly, players wear branded boots for money as part of boot sponsorships. A £18 million sponsorship deal with Nike saw Cristiano Ronaldo wear the brand’s football shoes. It was a means of showcasing the brand’s products, and making a lot of money from wearing them.

In event sponsorship, the sponsor will often provide the football team with resources for the event. For example, Guinness exclusively served the drinks at… You may also see company sponsorships on pitch side banners

Sponsors may sometimes sponsor football team equipment. For example a club may appoint an equipment sponsor that provides GPS performance trackers which are now worn by most teams.

The 20 Biggest Football Sponsorship Deals Ever

Standard Chartered has sponsored Liverpool since 2010. Standard Chartered is an international banking service that works across various dynamic markets, including Europe, the Middle East, Asia, and Africa. The company offerS personal, business, and private banking.

Their partnership remains until the end of 2027, with the team earning almost £45 million per season. Liverpool has agreed to a £10 million yearly increase in the shirt sponsorship contact, meaning the sponsorship now costs £50 million. Once the partnership comes to a contractual end, Liverpool would have been sponsored by Standard Chartered for 17 years.

Spotify will serve as Barcelona’s principal partner, sponsoring the men’s and women’s shirts, stadium title rights, and training shirts. Spotify has also been named as Barcelona’s audio streaming partner, aiming to create a new platform to help music artists connect with Barcelona’s global fans. The deal’s value has been reported to be 280 million, equating to £70 million a year.

Etihad Airways has sponsored Manchester City for over a decade. Etihad Airways is an Abu Dubai-based passenger and cargo Airline flying to destinations in the Middle East, Europe, Asia, North America and Africa.

The sponsorship, worth a cool £67.5m a year, began in 2009. Etihad Airways acquired the front space of the team’s shirts and the right to the stadium name (Etihad Stadium), previously known as the City of Manchester stadium.

The sponsorship has replaced the previous sponsorship with the French hospitality group Accor. The sponsorship deal covers men’s, women’s, and youth team jerseys. The deal is reportedly worth between £60 and £70 million a year.

Manchester United secured one of the most significant sports sponsorships during a pandemic, a sponsorship worth £50 million each season. TeamViewer, a German computer software company, became their primary shirt sponsor starting from the 2021 season. This was a considerable sponsorship for this period. Still, TeamViewer has decided not to continue with sponsorship after the contract ends, after just one year.

Although a significant sponsorship, TeamViewer’s share price decreased by 70% since the sponsorship, prompting the lack of renewal from the German company.

Another sponsor for Manchester United, with a £75 million yearly sponsorship with Adidas. Adidas is known as the global leader in football, sponsoring some of the most notable and big football events in the entire world. This includes the FIFA World Cup and the UEFA Champions League. Adidas also sponsors some other top clubs, including Real Madrid and Juventus.

Manchester United’s sponsorship with Adidas includes the official football kit for the teams. The sponsorship deal is worth over £75 million a year, with a ten-year agreement for global technical sponsorship and dual branded licensing.

Adidas also has a sponsorship with Real Madrid FC. This deal is one of the most expensive deals in football history, being valued at €1.1 billion. Adidas, the German sportswear brand, has sponsored the Spanish football club since 1998. The colossal figure is one of football’s biggest and best deals.

Real Madrid FC has increased their sponsorship earnings by a massive €52 million a year, and the deal began in 2020, expiring in June 2028.

Real Madrid has its fair share of worthy sponsors. Real Madrid scored a €70 million per season deal with the Dubai-based airline company. The deal began in 2017 and ends this year. After the entire sponsorship, Real Madrid pocketed almost €300 million.

The deal has since expired, with Adidas sponsoring the Spanish football team at a higher yearly price.

Chevrolet was one of the global partners and sponsorships for Manchester United. The football club has been sponsored by the American car brand since 2012. At the time of signing, it was a $559 million sponsorship deal. The deal included primary shirt sponsorship, as well as offering players the use of Chevrolet cars.

The contract was extended throughout the pandemic, entering an additional six-month sponsor agreement period. Since this time, Manchester United have been primarily sponsored by TeamViewer.

Chelsea’s first-ever sponsorship was Gulf air during the 80s. However, over the years, they signed with sponsors such as Autoglass, Coors, and Samsung. Three’s sponsorship with the club began in 2020, with the mobile phone provider’s logo being seen on football shirts during one of the most prosperous times for the club.

This sponsorship covers the men’s football team as well as the women’s football team. It is estimated that this deal is worth around £40 million a year, becoming one of the most financially lucrative deals the club has seen.

AIA has been sponsoring Tottenham Hotspur FC since 2013, with its logo appearing on the team’s shirts. AIA, a pan-Asian life insurer, has extended the deal until 2027, meaning it would have been a 14-year sponsorship by the end of the contract.

This deal is worth over £300 million in total, generating a huge amount per year.

German football team Bayern Munich have a huge sponsorship with T-Mobile, known as Deutsche Telekom, in Germany. The sponsorship is the biggest that T-Mobile has even paid, worth a whopping £25 million per year.

T-Mobile sponsors the team’s shirts, with the deal set to expire in 2026, earning over £200 million in its duration.

After Chelsea ended their sponsorship with Adidas years early, the club began a sponsorship with Nike in early 2017. Being the biggest US sportswear giant in the world, the sponsorship is generating a record-breaking amount of £900 million in its duration.

Nike is sponsoring the club’s shirts and strips for men and women, as well as selling the official Chelsea FC kit on their website.

Samsung ended its sponsorship with Chelsea in 2014, with more prominent sponsors such as Turkish Airlines for replacement. Unfortunately this fell through, so Chelsea secured Yokohama at the beginning of the 2015/16 season.

German football team Bayern Munich signed a deal with Adidas in 2015. The sponsorship is one of the most valuable sponsorships of all time, valued at just under £1 billion, allowing the club to earn over £100 million per season.

Adidas design and sponsor the club’s official shirts and jerseys. The German club has agreed to wear Adidas kits until at least 2030, extending their contract and signing a new contract worth £650 million.

Their sponsorship is also a shirt sponsorship, and the deal will last up until 2024, starting in 2012.

Nike has been sponsoring Barcelona Football Club since 1998. In 2016 Barcelona signed a deal with Nike. This deal was worth 105 million euros but was closer to 155 million, including annual bonuses. There has not been a deal since signing in 2016, and Nike and Barcelona have progressed to different sponsorships.

At the time, this deal was lucrative, generating millions a year. This is importable to their deal with Rakuten, which is still a significant sponsorship.

It is estimated that the Paris-based football team generated almost £135 million through sponsorships alone. Accor, the French hospitality group, has been sponsoring the club since 2019, becoming their official principal partner and jersey sponsor.

The deal is said to be gaining Paris Saint-Germain over £70 million annually, with the sponsorship ending this year.

Japanese video streaming platform Rakuten was the official and primary sponsor for Spanish football team Barcelona from 2017 to 2022. Rakuten sponsored the team’s official kit, and there were initially plans to employ its brand in the Camp Nou stadium in Barcelona.

After five years, the sponsorship has come to an end. Sponsoring their official jerseys, the deal was worth over £250 million over just three years.

The partnership is strong, with an Arsenal Soccer School based in Dubai. Fly Emirates sponsors Arsenal’s official football jerseys, and it is thought that the deal is worth almost £50 million per season.

It is no secret that sports sponsorships include incredibly high numbers, especially in football. Sponsorships serve as one of the main ways that football clubs make money and one of the main ways that national and international businesses have visibility and a new customer base. Over the years, there have been countless valuable football sponsorships, with some raking in hundreds of millions in their span.

Here at Gift of Kit, we exist to support grassroots sport and bring investment to clubs like yours. The more clubs that join, the more brands will want to use our grassroots network for marketing purposes and clubs will receive more free kit and equipment! Sign up today to claim a free kit for your team. 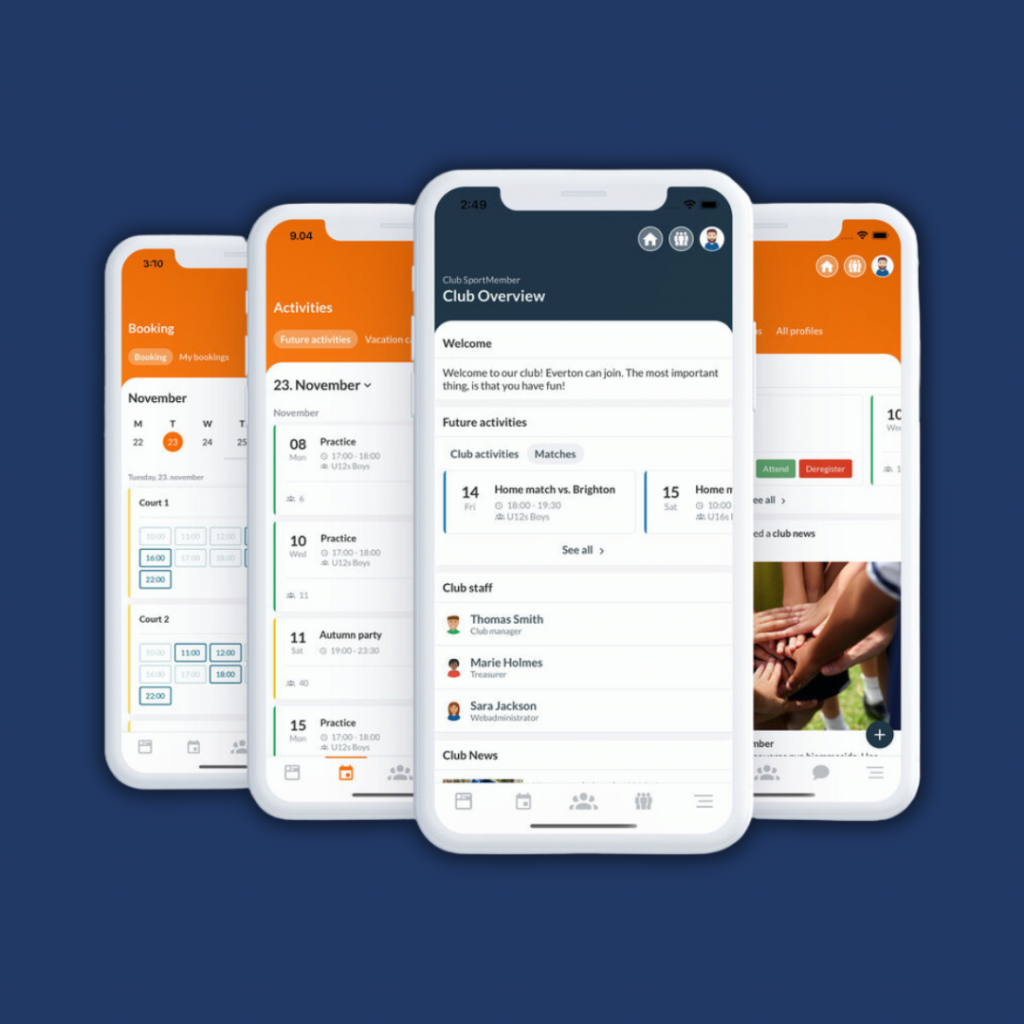